The Book of Minutes

Report from a Public Hearing on Elections: Put Voters First “I’m not going to touch that machine,” the aging farmer told the poll worker. “I want to make sure my vote is properly counted.” The poll worker gently tried to persuade the farmer. But to no avail. He took his paper ballot and pencil into the voting booth and voted like he had for six decades. Many people across the state echoed this farmer’s concerns at a recent public hearing I chaired of the Senate Committee on Agriculture, Elections and the UW System. My goal for the hearing was to explore concerns about elections from both sides of the aisle. By any measure the hearing was very successful. Almost 80 people testified, registered or sent written testimony. People from Marquette County to Lake Geneva; from Eau Claire to Kenosha sent thoughtful letters or gave passionate testimony. I was amazed at the diversity of those who submitted written testimony. People were of all political persuasions and walks of life. Some identified themselves as poll workers, attorneys, Evangelical Christians or political scientists. Most were concerned citizens who wanted paper ballots counted at their polling place in every election. During the hearing, the Governmental Accountability Board (GAB) testified on the progress made in educating the public and clerks about proper processes leading up to, on Election Day, and following an election. Many changes in Wisconsin and an unprecedented number of elections made difficult work for the GAB and local clerks. Both state and local governments operate with tight budgets and few staff. Things are more complicated by court actions that declared unconstitutional the Voter ID law of 2011. The GAB responded to citizen confusion with two education campaigns - “Back to Basics” for election officials and “Voter Education 101” for voters. In addition, a Voter Information Center is active on the GAB website (http:/gab.wi.gov/voters). Voters can update their voting information at a new website called “My Vote Wisconsin” (myvote.wi.gov). Prior to much testimony about touch screen voting machines, GAB Director Kevin Kennedy discussed machines. Wisconsin moved to voting machines because of the volume of voters and the speed at which election results can be known. He discussed machine validation. He agreed machines are aging but said machines have withstood hundreds of recounts. Mr. Kennedy shared his confidence that Wisconsin was fully prepared for a smooth election, saying. “The conduct of fair, transparent elections provides the foundation for public confidence in its elected representatives.” This confidence was not echoed by many who testified. Some testified about voter fraud. Documented cases of fraud are very rare. The most common problem is convicted felons who can vote only after they served their time on probation or parole. Others testified about the proper counting of votes. People were concerned about the reliability and security of voting machines; especially touch screen machines. Citizens provided detailed accounts of problems uncovered in citizen vote counts. Barbara With, who testified, was so concerned about abnormalities in elections she wrote a recently published book about the problems entitled; Steal this Book, Not My Vote. The main concern was technology had outpaced our ability to “adopt rigorous methods to approve or disprove its accuracy or reliability,” said one member of the Wisconsin Grassroots Network that led the citizen vote count this summer. Some of those testifying advocated for the use of more technology. Paul Malischke suggested the state modernize voting registration by allowing “instant-check registration” on a secure website that is later verified by municipal clerks. Advocates discussed problems related to access for disabled voters. Several members of the Grassroots Network suggested the Legislature make certain election officials have the authority to verify voting machines. People also asked for the Legislative Audit Bureau to investigate the “vulnerabilities of election technology”. Andrea Kaminsky of the League of Women Voters discussed the League’s work and concluded, “Election Day is about the Voters. It is the time when citizens of the greatest democracy in the world go to the polls, register if we need to, and cast a ballot for the candidate of our choice. It is one time when we are all equal. We urge you to continue to “put voters first” as you consider the many issues raised in today’s hearing.” If you know someone who would like to be added to this distribution list, please let us know. If you wish to unsubscribe from this newsletter, reply with "Unsubscribe" in the subject line Sen.Vinehout@legis.wisconsin.gov State Capitol Room 316 South - P.O. Box 7882, Madison, WI 53707-7882 Toll Free: (877) 763-6636 or (608) 267-2871
Posted by The Evansville Observer at 5:08 PM

The Art of Richard Krake

The Art of Jonathan Wilde

"The Art of Theodore Robinson---"

The Sermons of Fr. Kevin Dooley

We Set The Standard for Online News 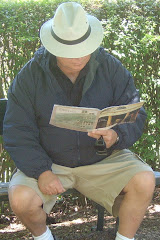 It's "EObserve" on Twitter--- micronews--We set the standard for news, and micronews----you're up to date minute by minute

Blogs and Books of Melissa Hammann

"School Scoop" is the most recent blog of Melissa Hammann, former Evansville School Board member----"School Issues that Count" is the text of the book published in 2008 that covers issues at the forefront of debate in Evansville in the past few years---half-day kindergarten, 4K, Gender Equity, Grading, and much, much more.

School Issues That Count by Melissa Hammann | Make Your Own Book

The Cantors of St. Paul's Church 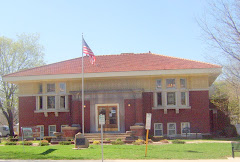 Click on the pic for the archive of selected events

"My Life and Times in Art" by Richard Krake

Evansville I and E Club 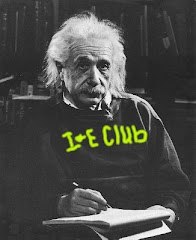 Click on the picture for the Sermons of Fr. Kevin Dooley: They are free and searchable in the ITunes Store: Also available at Mediafly,com podcasts in full screen video.

Scenes of the 4th of July Parade--Evansville

View Album
Get your own

Click on the pic for the Tales From Normal, Mn.--FICTION--- audio

View From the Wind Praire The Adirondak Chair by Cunningham Carpentry

Cunningham Carpentry--click on the link for samples

The Trader's Little Black Book---click on book to preview; order

"School Issues That Count" by Melissa Hammann--click on book to preview; order The Book Of Mi...
Unedited minutes of...
By Richard T. Woulfe Watch for the Soybean Festival This Weekend--- October 20th 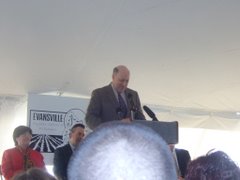 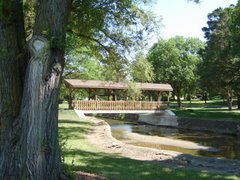 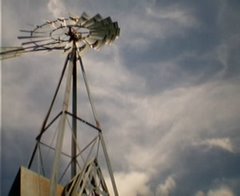 Experience the Power of Video Advertising-----Get GREAT results even if you are NOT a Rock Star.